Martha Rich lived the typical, suburban life – until she followed her husband to Los Angeles where, just short of a picket fence and 2.5 children, her average American life unraveled. To cope with divorce, fate lead her to a class taught by painters and brothers Rob and Christian Clayton. They persuaded her to quit the pantyhose, corporate world, leave her human resources job at Universal Studios behind and become an artist full-time. She graduated with honors from Art Center College of Design in Pasadena and got her MFA in Painting from the University of Pennsylvania in Philadelphia.

In 2019, Chronicle Books published her book, The Furious Notebook, Release Your Rage, Use Your Anger for Good and Chill the Heck Out. Rich’s artwork has been shown in galleries throughout the U.S. and internationally.

She is currently living in her hometown of Philadelphia and teaches classes at the Fashion Institute of Technology in New York City. 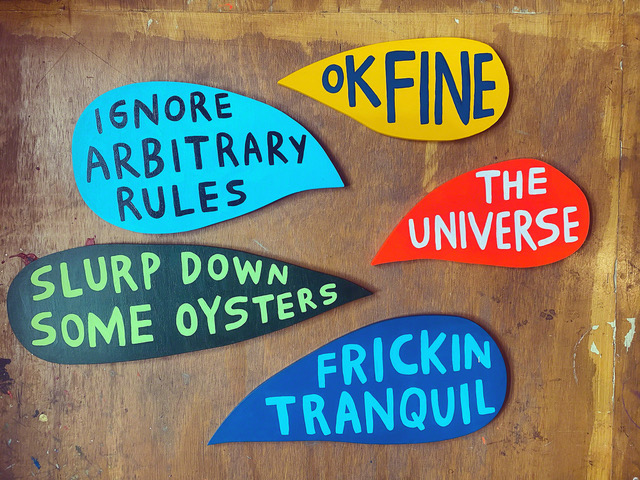 Sizes vary. All acrylic on wood.